One of the most elite and exciting tournaments on golf’s calendar, the World Golf Championships-Dell Technologies Match Play, is going down this weekend in Austin, TX. I think everyone who competes in, commentates on, attends or watches this event on TV falls a little bit in love with our fair city. The weather is absolutely divine, the setting is picturesque, and the food is on point! One thing most people don’t know about this tournament is that the dining options & entertainment offerings reflect the cool, hip #ATX vibe. In addition to the exciting play you’re sure to witness with golf’s top talent in the field, the Dell Match Play has become more than just a world-class golf event. Yep, it has really transformed into one of the most anticipated social & entertainment events of the year.

Unlike some of the other more traditional or historic golf tournaments around the country, I believe this one is unique…it’s fun for both golf super-fans and those who may simply be fans of a good time. Even if someone isn’t a huge golf aficionado, they’ll find this event is perfect for enjoying a fun weekend out with friends. –There’s exceptional food, drinks, and entertainment all around! If you’ve already got your tickets, I want to share a handy entertainment guide to help plan your time at the tourney. 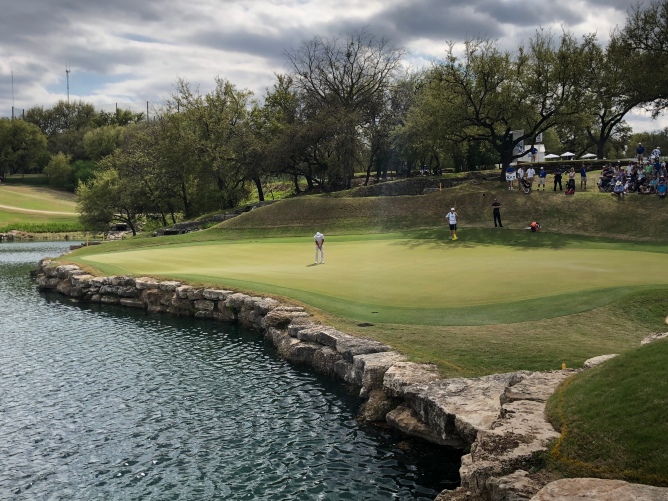 Best Dining:  The Dell Technologies Match Play has more to offer than your average sporting event, and there’s no better illustration of that than in the food selection, which brings some of Austin’s best to Austin Country Club. If it’s variety you’re after, The Fan Village is calling your name. Located along the 16th hole, there are plenty of choices sure to satisfy everyone in your group. Seating and shaded areas give fans the chance to rest, relax and enjoy some delicious menu items.