Baby Knox turned one earlier this month and it was high-time to get his very first haircut! I’ve blogged before about how great Sharkey’s Cuts for Kids – Northwest Hills is with kids, so we went back there for lil’ man’s first trim. Here is his “Before” shot: 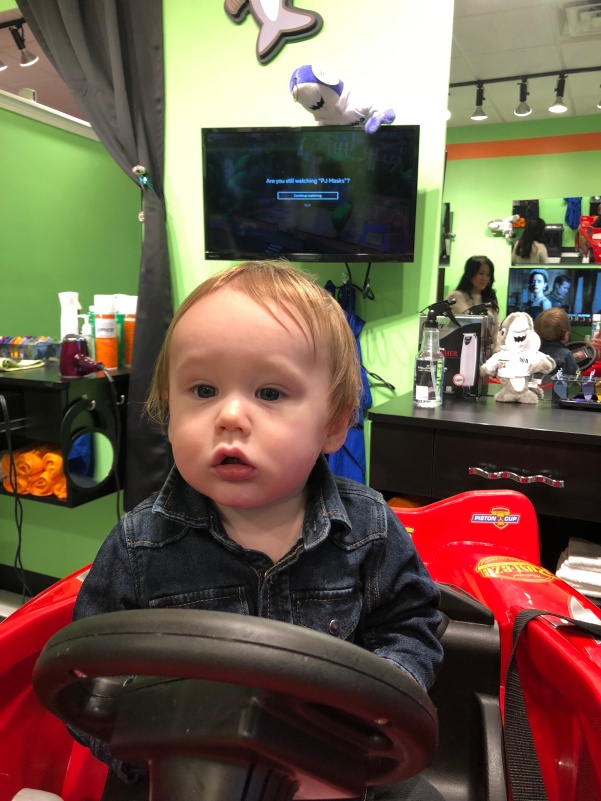 –His hair looks so shaggy, teehee! (Was I in denial about how bad a cut was needed here?) It’s hard to realize when the babies actually need a haircut, when it’s their first time ever, right? Next step was to put on his cape & assess how much I wanted to cut off… 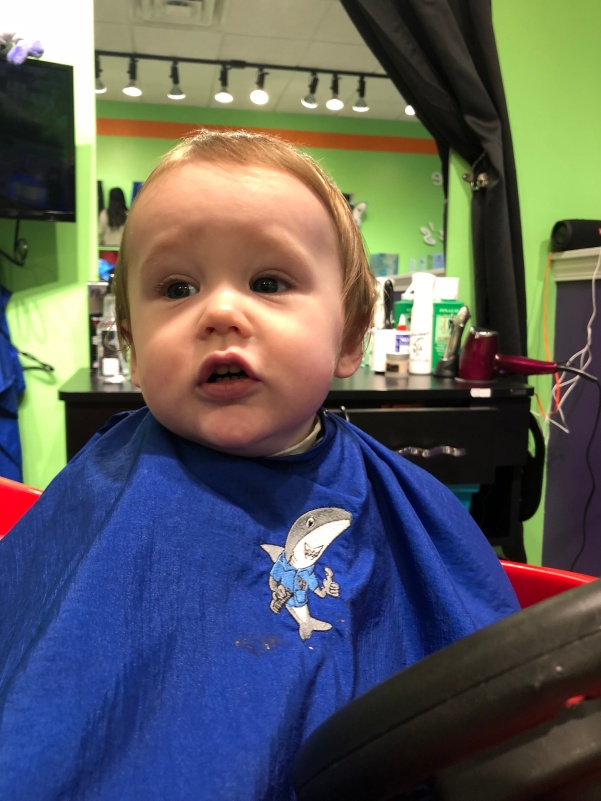 The stylist combed through his hair and made her suggestions but always checked with me first…which is a huge relief knowing no major changes will be done without mama’s approval! 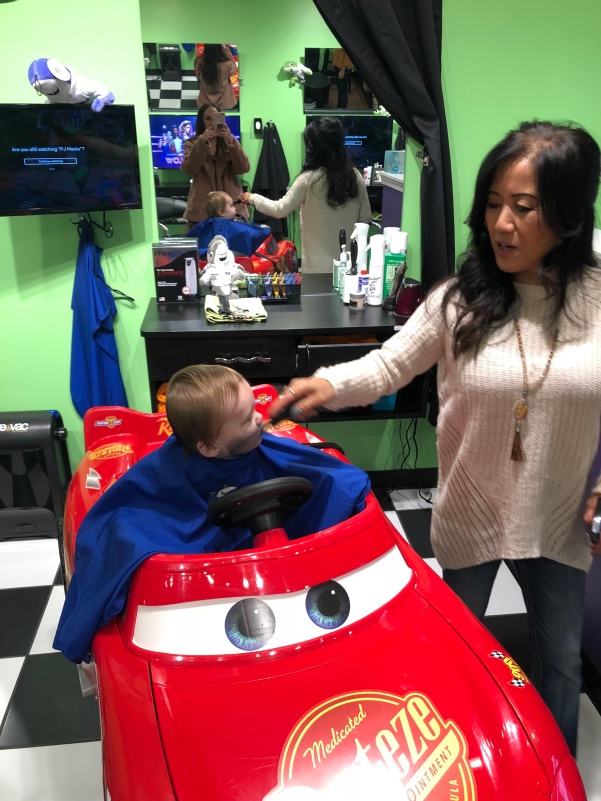 His sides were the biggest issue — he was born with hair that came down over his ears! I can’t believe his long it had gotten…note the little toy they gave him to hold & chew as a distraction. 🙂 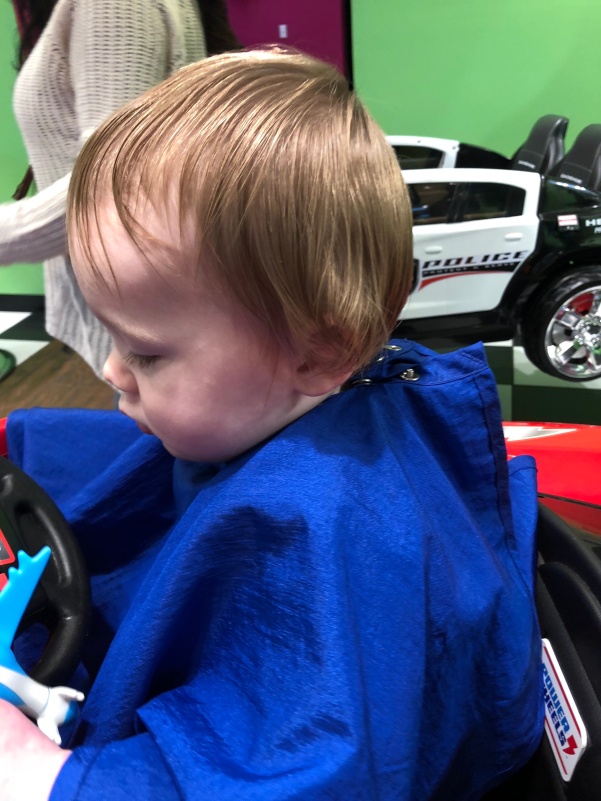 They were cleaned up first and WOW what a difference! It was crazy to see it all trimmed up. This is the point in the process where I realized he’s beginning to not look so baby-like anymore! Here’s what it looked like mid-way through: 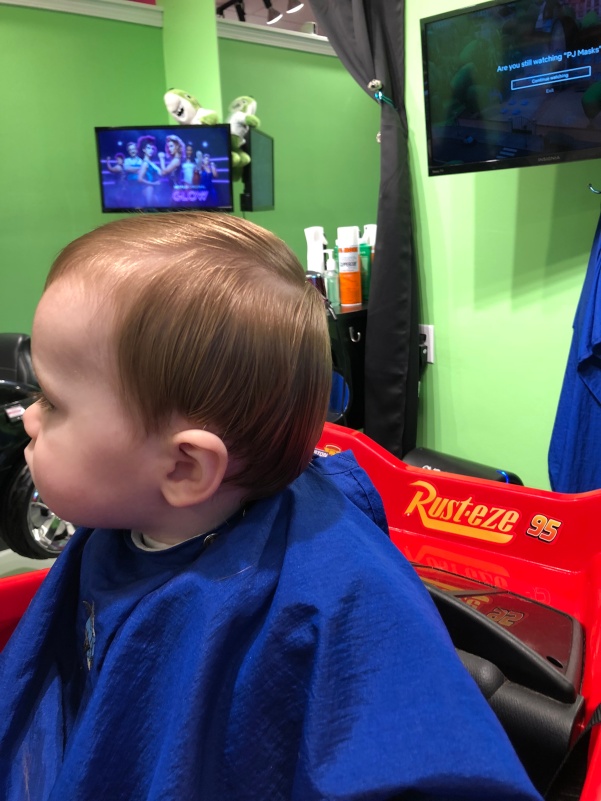 Tackling the back was next and that was the hardest part. –He was squirming like active baby boys do. Plus, he’s just too young to follow a “stay still” direction from me. The stylist suggested I hold him at this stage and it worked pretty well. 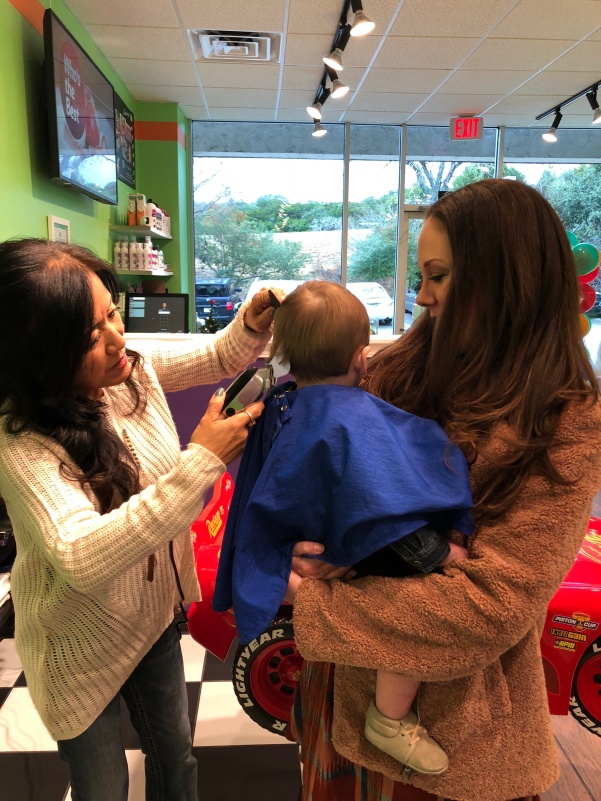 Between the bright Cars-themed chair, the little shark toy, and his sweet & knowledgable stylist, he came out A-OK and looking a little older (sniff, sniff) than when we came in. Another milestone in the books — yay for baby’s first haircut! Thank you, Sharkey’s! 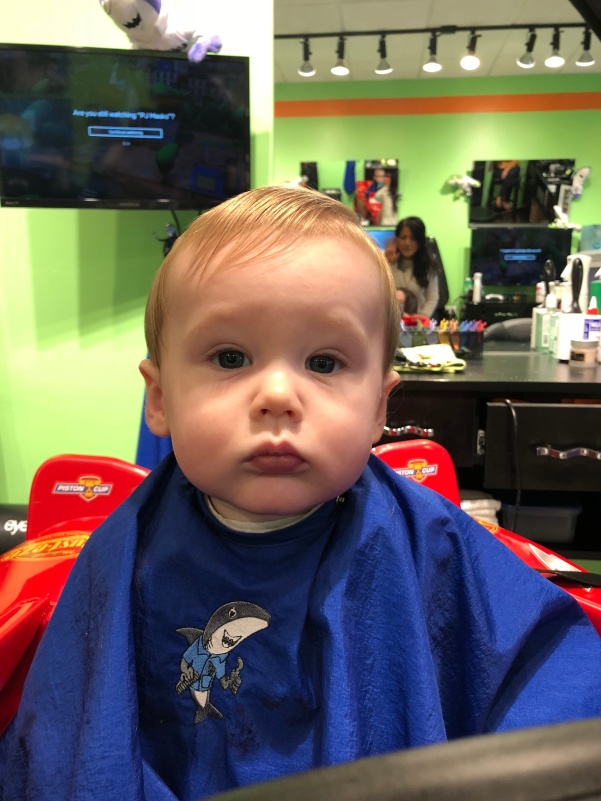 Exactly three years ago, our family shared some very special news: that we were expecting our first child, a baby girl born in January of 2015. Now, at age two and a half, Alexandra August has some big changes coming up in her future… Ryan and I are expecting our second child! Alexandra will be Big Sister to a little mister! Baby BOY Wiese is due in February 2018. 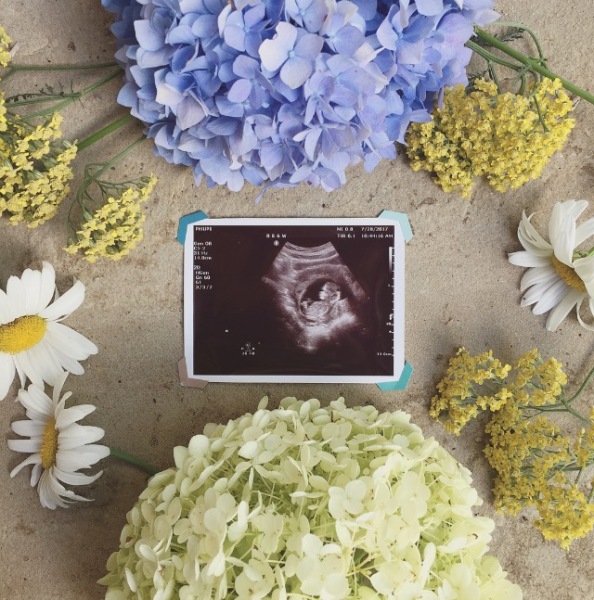